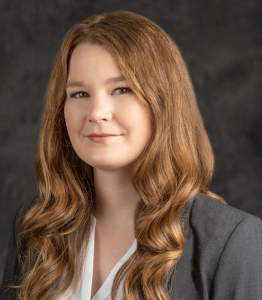 Bi-State Development announced it has hired Sandra Shore as the new director to lead St. Louis Downtown Airport operations starting February 28. The airport is the busiest general aviation airport in Illinois and the third busiest airport overall in the state after O’Hare and Midway. St. Louis Downtown Airport contributes more than $422 million in annual economic benefits* to the local economy and is located on 1,000 acres in St. Clair County in Cahokia Heights and Sauget, just across the Mississippi River from the Gateway Arch in St. Louis, Missouri.

Shore is currently the airport director at Quincy Regional Airport in Quincy, Illinois where she has held the position since 2018. Prior to that, Shore was the airport manager at Floyd W. Jones Lebanon Airport in Lebanon, Missouri. Her experience ranges from general aviation and fixed based operation to Part 139 certified air service airports. During her time at Quincy Regional Airport, she managed more than $7 million in federal Airport Improvement Funding, secured an additional $18 million in funding, and has programmed another $17 million in airport funding over the next two years. Shore replaces Erick Dahl who served as director of St. Louis Downtown Airport for nearly 8 years before leaving last fall to pursue another opportunity.

“We are pleased that Sandra will join our team to lead our airport operations into the future. With St. Louis Downtown Airport being located on 1,000 acres of prime real estate practically in the shadow of the Gateway Arch, we welcome her fresh view on generating new business and new tenants which will benefit St. Clair County and our region,” said Taulby Roach, President and CEO of Bi-State Development, the organization that owns and operates the airport.

Shore grew up in Missouri in the Lake of the Ozarks area. She received a Bachelor of Science degree in Aviation Management from the Southern Illinois University Carbondale, with minor studies in Airport Management and Planning.

Bi-State Development purchased the airport in 1964 and reopened it in 1965. The airport originally opened in 1929 and gained national prominence in the 1930’s when aviation pioneers like Charles Lindbergh, Jimmy Doolittle and Amelia Earhart flew in and out of the airport. It became a center for aviation education and is home to America’s first federal certified school of aviation, St. Louis University Parks College of Engineering, Aviation and Technology.

*According to the most recent study conducted by the Illinois Department of Transportation (IDOT), St. Louis Downtown Airport contributed more than $422 million in economic impact for the region in 2019.

Bi-State Development Welcomes New Member to Board of Commissioners

BSD Board of Commissioners to Meet Virtually on October 14