Bi-State Development has filled two key manager positions in the organization. After interviewing candidates from around the nation for both positions, Trenise Winters was named General Manager of MetroBus Operations and Gregory A. Smith was selected as Vice President of Procurement and Materials Management for Bi-State Development. 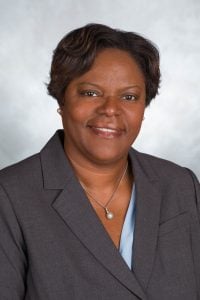 Trenise Winters was promoted to General Manager of MetroBus Operations for Metro Transit. As General Manager, Winters is responsible for the operation of the St. Louis metropolitan region’s MetroBus service, which includes a team of more than 1,000 bus operators, managers and personnel, and a fleet of approximately 400 MetroBus vehicles operating across a service area of nearly 600 square miles in eastern Missouri and southwestern Illinois.

Winters joined Metro in 2002 and brings more than 15 years of transit management experience to her new position as General Manager. During her tenure at Metro, she has helped develop innovative solutions to improve operational efficiencies and deliver better, more reliable service to Metro customers. She was also responsible for the oversight and management of major agency initiatives, from implementation of new MetroBus service plans to adoption of new technology that revolutionized front-line MetroBus operations and improved delivery of transit information to passengers.

“We interviewed candidates from transit agencies around the country and found the best candidate was already here,” said Ray Friem, Executive Director of Metro Transit. “Through her experience at Metro, Trenise is able to see things firsthand from the customers’ perspective as well as our workers’ front-line perspective. She understands the goals and challenges of operations. She has the exceptional qualities we need to keep our MetroBus operation positioned as one of the best in the world.”
Winters, from East St. Louis, Illinois, holds a Bachelor of Science in Finance from the University of Illinois-Chicago, and a Master of Business Administration from Lindenwood University.

Gregory A. Smith – Vice President of Procurement and Materials Management 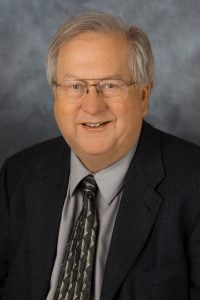 “We take great pride in being a national leader in fiscal responsibility and efficiency to make the best use of the funds entrusted to us by taxpayers,” said John Nations, President and Chief Executive Officer of Bi-State Development. “Greg will continue to uphold Bi-State Development’s high standards for a fair, transparent procurement process that maximizes the return of the investment for the region.”

Prior to joining Bi-State Development, Smith was Director of Logistics Sector for the St. Louis Regional Chamber, and Director of Purchasing, Strategic Sourcing and Supplier Development for the Olin Corporation. During his 25 years at Olin, Smith led the transformation of its procurement and materials management function, with a focus on the purchase and inventory production and maintenance-repair-operation materials. He was also responsible for all Capital and Service procurements in his role there. Smith is from St. Louis, Missouri.

Smith assumes the position previously held by Larry Jackson who joined Bi-State Development in 2005 as Vice President – Procurement, Inventory Management, and Supplier Diversity. Under Jackson’s direction, the procurement department has earned several prestigious procurement awards. In 2016, Jackson took on a new leadership role as Executive Vice President of Administration but continued to lead the procurement team during the search for his replacement.