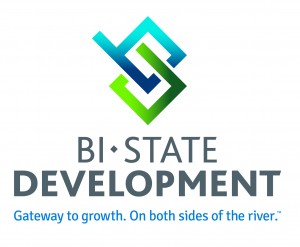 We’re celebrating a special milestone today. On this day in 1950, President Harry S. Truman signed an interstate compact between Missouri and Illinois and formally established the Bi-State Development Agency.

Now doing business as Bi-State Development (BSD), our organization is probably best known for operating Metro, the region’s public transportation system. But if you look closely, you’ll see that BSD has done so much more for the bi-state region, and is poised for accomplishing even greater things in the years to come.

For more than 65 years, BSD has worked with regional partners to take on challenges and develop solutions that have made our region even stronger. The interstate compact signed into law 65 years ago gives us broad powers to cross local, county and state boundaries to drive economic development on both sides of the Mississippi River

From highway planning and pollution reduction studies, to marketing and operating the Gateway Arch or managing the region’s new freight district, BSD has played an integral role in the region’s growth since it was first established. Here’s a look at some of the highlights of the last six and a half decades:

It’s been an exciting 65 plus years. But the future is even more exciting. With this deep expertise in planning and implementation and a long history of innovation and regional collaboration, BSD will continue to leverage all of that experience into real solutions for regional challenges. The best is yet to come.